Election fever has gripped the UK for the last two weeks. It’s hard not to get caught up in the current events here with it taking over our TV screens, social media, newspapers and radio stations. Now, I’m no political expert but I’ll try and bring you up to speed on what has been happening over here!  This was a “snap” election. We weren’t due to have another general election until 2020 but following Brexit, Theresa May decided to call one this year (despite previously promising she wouldn’t.) In the UK, the two main parties are the Labour Party (Jeremy Corbyn) and the Conservative Party (Theresa May) and here in Scotland our biggest party is the SNP (Nicola Sturgeon)

The Conservative Party’s slogan for this election was “strong and stable” In 2015, the Conservatives (otherwise known as The Tories) won the last General Election with the majority of the votes and hoped to win again with an increased majority. Theresa May promised she was the best candidate to lead a “strong and stable” government, especially when it comes to our imminent departure from the European Union. However, their manifesto didn’t support this claim. It became clear there wasn’t as large a support for a “hard Brexit”, people are more nervous now about what BREXIT means for our country.

The Manchester bombing and London attack brought terror into sharp focus. Campaigning was stopped as a mark of respect, but left people questioning the substantial police cuts which have been enforced during the current Conservative Government. How can Britain carry on the way it is?

Leadership has been the main obstacle for the Labour Party in the last few years. Unconvincing leaders have failed to win votes and public support. Jeremy Corbyn won the leadership election for his party with 59% in 2015. However, following Brexit the Labour Party called another Leadership Election to challenge Jeremy Corbyn as leader as it was claimed he lead a weak Remain Campaign. However, Corbyn won this again with 61% of the vote. Corbyn rose to the challenge of becoming the next Prime Minister. His campaign seemed to go from strength to strength promising that a vote for the Labour party was a vote “for the many, not the few”. Corbyn’s message resonated with many who want to see change, but in particular with the younger generation. This General Election had the largest number of votes from 18-25 year olds with a 72% turnout, the largest in history.

This was the strongest campaign labour have led for a long time. They gained seats that had been lost in the last few years and closed the gap between Labour and Conservative, however it wasn’t enough. Neither Labour nor Conservative succeeded in winning a majority in parliament. The conservatives won 42% of the vote and Labour won 40%, which means we now have a “hung parliament” and there is no clear winner.

Another huge loss at this General Election was the SNP party in Scotland. As mentioned previously, the SNP is Scotland’s largest party. Nicola Sturgeon is Scotland’s first minister. One of the most divisive political points in Scotland is Independence. Following BREXIT, there was a lot of talk about a second referendum for Scotland to become an Independent country, and this is one of the reasons the SNP is losing support. Some constituencies voted conservative, which is unheard of and a real shock. Historically Scotland never vote Tory due to the closure of the mining and steel industries in the 80s and 90s, which was detrimental to so many families in Scotland. The loss of  many SNP seats prevented SNP joining a coalition with Labour to form a Government together.

So where does that leave Britain now? Well, the Conservative Party are in talks with the DUP, The Democratic Unionist Party from Northern Ireland. They are hoping to reach an agreement to enable Theresa May to form a minority government. The DUP have many controversial opinions and policies including women’s rights, LGBT rights and a history of violence between them and the Republic of Ireland.

The Queen’s Speech is given at the opening of Parliament. The speech is written by the government and delivered by the Queen. It is a list of promises to be honoured by the Prime Minister and Government throughout the year. It is traditionally written on goat skin paper, however now no animal hide is used, but the paper still bears the mark of a goat. The Queen’s speech was due to take place on Monday the 19th of June, but with all the uncertainty it has been postponed until Theresa May and the DUP are able to come to an agreement.

This blog is a lot more complicated than I had intended it to be. I knew I was going to write about our General Election as it is the one thing everyone has been talking about. I was planning on sending this piece over to Ann the morning after the election with a nice, easy resolution telling you all the results of the vote, but I very quickly realised that wasn’t going to happen! So, if you’re confused at the end of this then you’re not the only one. I don’t think I’ve spoken to anyone who knows fully what is going on. And who knows how long this will go on for? Our country is hanging in the balance at the moment and I just hope we reach a peaceful and sensible solution soon! 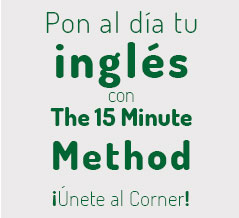